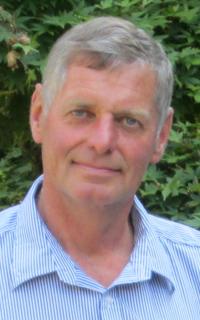 1957 ~ 2014
With deep sorrow we announce that the Lord has taken out of our midst my beloved husband, and our dear father and grandfather. Mr. Hendrik Jan Van Maanen of Picture Butte passed away on Tuesday, November 11, 2014 at the age of 57 years, after a battle with cancer. He leaves to mourn his loving wife Krijnie and his 9 children and 17 grandchildren, Corinna and Richard Van Der Veen, (Koralee, Jared, Jason, Sophie, Aaron, Adam, and Rebekah), Anita and Ben Van Huigenbos, (Abigail, Olivia, and Joshua), Harry and Cora, (Josephine, Sarah and Matteo), Michael and Lydia, (Kari, Kayden, Jesse and Liam), Willena, Jonathan, Dennis and girlfriend Lynell Van Driesten, Melissa and Kaitlyn. His twin brother Barend and Jany, his sister Greet and Gerard Bettink, and sister in law Jenny de Vos. His parents in law; Hermina and Jaap Hubregtse, and brothers and sisters in law Kees and Wilma Oskam, Floor and Elly Oskam, Bill and Marsha Oskam, Caroline and Joost Mans, Mieke and Herbie de Kok, John and Joan Oskam, and Christine and Tony Vandenberg. Henk-Jan was predeceased by his parents Meeuwis and Hendrika Van Maanen, brother Harry, and father in law Willem Oskam. A Funeral Service will be held at 10:00 am on Saturday, November 15, 2014 at the NETHERLANDS REFORMED CONGREGATION, 601 — 3 \”A\” Street South, Picture Butte with Reverend P.L. Bazen officiating. Interment to follow at the Memorial Cemetery of Picture Butte. The family gratefully declines flowers, memorial donations may be made to the Bethesda Care Home, PO Box 1096, Picture Butte, AB, T0K 1V0. Send condolences at www.mbfunerals.com

One Condolence for “VAN MAANEN Hendrick”