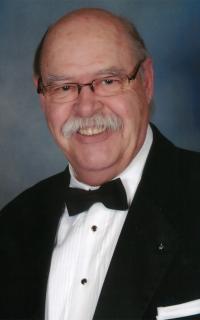 1948 ~ 2014
William James \”Bill\” Glover died peacefully in Foothills Hospital on November 17th, 2014, in Calgary, Alberta at the age of 66. Bill will be sorely missed by his loving wife, Jacki Glover (née Jaques); children, Jennifer (Kowal), and Ryan Glover; son-in-law, Kelsey Kowal; daughter-in-law, Kathy Glover (Hosier); and grandchildren, Lillian and Andrew Kowal, and Oliver and Emmett Glover. He was greatly loved by the rest of his family: Ken and Elinor (deceased) Glover, and their children Brian (deceased) (Nicole), Diane, and Karen (deceased) (Brett Matson); Don and Joyce Glover, and their children Cathy, and Bob (Margo); Gerry and Danny Limoges, and their children Philip (Julia), and Andrea (Eric Becker); and aunts, uncles, and cousins. Bill was born on June 16, 1948 in Calgary, Alberta to Elizabeth and Ed Glover. He has called Calgary, Saskatoon and Lethbridge home. He graduated from Henry Wise Wood High School in Calgary, the University of Calgary, and Gonzaga University (Master of Arts in Administration and Curriculum). His work included a variety of management positions, and computer sales, with his last job being with the Social Securities Tribunal. The most important thing in Bill’s life was his family. On November 8, 1996, Bill received the most precious gift of another chance at life when he was given a heart transplant. Because of the selfless generosity of the donor and his family, Bill was able to see both of his children graduate from university, grow into adults, marry their best friends, and become parents themselves. Bill also saw all four of his grandchildren born, held them, and watched them grow. These children were the light of his life, and his favorite legacy. Another cornerstone in Bill’s life was to be of service. In that respect, he was deeply involved with Scouts Canada, Rotary, the Freemasons, Fifth on Fifth Youth Services, and was politically active. He made amazing connections with people in all areas of his life, and was a positive influence to those whose lives he touched with his knowledge, support, and distinctive sense of humour. It is that humour that most will remember him by. A Memorial Service will be held Saturday, November 22, 2014, at 1:00 pm at Southminster United Church, 1011-4 Ave. S., Lethbridge, AB, with a reception to follow. All are welcome to attend and celebrate Bill’s life. In lieu of flowers, please send donations to the Masonic Foundation of Alberta (c/o Freemasons Hall, 10318-100 Avenue, Edmonton, AB T5J 0A2 www.canadahelps.org/en/charities/the-masonic-foundation-of-alberta/, or the Calgary Health Trust and donate to the Southern Alberta Transplant Program, 800-11012 Macleod Trail SE, Calgary, AB T2J 6A5. In honour of Bill, talk to your families about organ donation, and hug the people you love. Send condolences at www.mbfunerals.com

Leave a Condolence for oliver glover