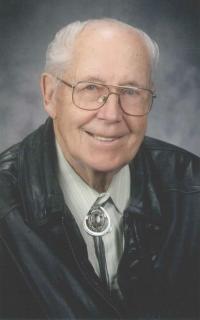 LESLIE KENNETH WALTON passed away November 18, 2014 in Cardston Alberta at the age of 93. He was born January 13, 1921 in Raymond, Alberta to William Danie Walton and Mabel Nunns Crandall. He was married in the Cardston Alberta Temple to his sweetheart Naida Ruby Harding on September 10, 1947 and has been her loving companion for over 67 years. He is survived by his wife Naida and their 5 children David (Mary) Walton, Janet (Terry) Wolsey, Bryce (Sandy) Walton, Jim (LeAnn) Walton & Dianne (Jeff) Taylor along with their 32 grandchildren and 43 great grandchildren. Five of his siblings also survive him, Fern Hennessy, Louise (Dan) Henrie, Marjorie Henrie, Bonnie Law and Andrew (Kathy) Walton. Raised in Southern Alberta, Ken spent most of his life in Calgary working for Imperial Oil as a Land Man. As a member of The Church of Jesus Christ of Latter-Day Saints, he served faithfully in many positions including Bishop, Temple Sealer and Patriarch. Ken and Naida served missions in India and Washington D.C. Ken is a charitable humble man who is loved and will not be forgotten. The Funeral Service will be held at The Church of Jesus Christ of Latter-day Saints, South Hill Chapel, Cardston on Saturday, November 29th, 2014 at 11:00 a.m. with Bishop Kendall Hardy officiating. Friends may meet the family at the Church from 10:00 to 10:45 a.m. prior to the Service. Interment in the Cardston Cemetery. In lieu of flowers, please send your donations to the Perpetual Education Fund. Email your condolences to: legacycardston@gmail.com

One Condolence for “WALTON Leslie”