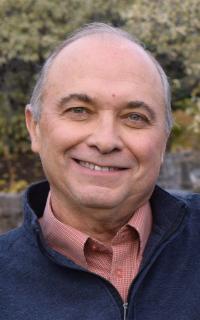 THOMAS CARUSO passed away at St. Michael’s Health Centre, surrounded by his loving family, on Thursday November 27th, 2014 at the age of 59 years. Tom is survived by his loving wife and best friend Edna-Marie (Eddie), his children Lisa (Jon) Ruigrok, Andrea, Michael (Denise), Rochelle and Kaitlin Caruso, his two grandsons Cooper Ruigrok and Vincent Caruso, his siblings Phyllis (Bill) Pastoor, Dee (Rick) Hebert, Rick (Carlina) Caruso, Irene (John) Doucette, Danny Caruso, David (Joanne) Caruso, and Connie (Jeff) Shewchuk, as well as numerous nieces and nephews. Tom was pre-deceased by his parents Joe and Mary Caruso. Tom was born at his parent’s home in Iron Springs. He was the fourth son in a large Italian family that grew to include nine children. While the family did not have a lot of money, Tom would always say they had a lot of love and a lot of food. Joe and Mary taught Tom the importance of a strong work ethic; from doing the "blue" jobs at home, to hoeing beets, to working construction projects with his dad, Tom never stopped. Tom was first and always a family man. His love, passion and dedication to his parents, siblings and his wife and children was something that never wavered. He took so much pride in watching his children grow from beautiful babies into dynamic young adults and he never missed a birthday, graduation, or wedding along the way. His favourite thing in the world was to have all of his kids home and have his siblings come over. With some Italian music playing in the back ground, the family would enjoy an endless supply of delicious pasta and red wine while laughing, conversing and solving the issues of the world. In 1987, Tom and his dad Joe bought Noble Concrete in Picture Butte. Tom’s entrepreneurial spirit, intelligence and passion for his company saw him take Noble Concrete from a small five-truck business to a large operation, doing projects across Alberta and Saskatchewan. In his younger years, Tom was very involved in the community. He proudly served two terms with the University of Lethbridge’s Board of Governors and he was also involved with the Picture Butte Lions Club, Picture Butte Chamber of Commerce, Lethbridge Construction Association and the Alberta Ready Mixed Concrete Association. As his children’s schedules became busier, he took on new roles playing coach, chauffeur and resident cheerleader to the various activities his kids took part in. Tom had an adventurous spirit. He could fly down a ski hill faster than anyone in his family. He loved to play golf, hockey and proudly wore his Noble Concrete jersey with the Picture Butte Old Timers Hockey Team. At 58, he was still ripping up the waves wake-surfing behind the boat. Tom also loved to travel. With Eddie and the kids, they went on many wonderful family trips from Italy to Mexico. They took numerous trips to Australia to visit Eddie’s family and also enjoyed camping trips to Waterton and Lake Five, Montana with the extended family and close friends. More recently, they spent quality time boating in the summer and skiing in the winter at Flathead Lake, Montana. In Tom’s last weeks, he told his wife and kids, "My life has been just perfect. I wouldn’t change a thing." While no amount of time with Tom would have ever been enough, he made a huge impact on his family, friends, and community, and will forever be remembered in the hearts of all the lives he touched. In lieu of flowers, Tom has requested that everyone should make a contribution to their own children or grandchildren’s education fund. Funeral Mass will be celebrated at OUR LADY OF THE ASSUMPTION CATHOLIC CHURCH, 2405 12th Avenue South, Lethbridge, AB on Tuesday, December 2, 2014 at 11:00 A.M. A private family interment will follow at Mountain View Cemetery.

One Condolence for “CARUSO Thomas”