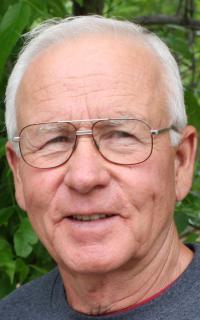 passed away peacefully on the morning of November 24th at the age of 74, with his family at his side. Barry will be missed dearly by his wife Wilma of 51 years and his children Dana, Scott, and Craig. Barry was born in Selkirk, Manitoba on August 1, 1940 to his parents Orton and Audrey Linklater, and was raised on the family farm along with his brothers Dennis and Lyle. After marrying the love of his life Wilma, they moved to California where he completed his Psychiatric Nursing Degree. Barry then moved his family back to Selkirk to become a Journeyman Electrician. Soon after, an opportunity arose to move his family to the beautiful place of Waterton Park, Alberta. Barry being a man of many talents with the assistance of his family built his amazing home on his acreage in the heart of the Rocky Mountains. Barry and Wilma also built their second home in Arizona where they spent many winters enjoying their retirement. His love of the great outdoors was endless and whether he was bow hunting, fishing, hiking or horseback riding he made many amazing friends along the way. Barry was well known for dancing the Linklater shuffle at all the social gatherings and always wore a very contagious smile. All those who were fortunate enough to be touched by Barry’s endless energy and humor will never forget this incredible husband, father, brother, grandfather and friend. No services will be held but a Celebration of Life will be held in the spring of 2015. Memorial Donations may be made in Barry’s memory to the Good Samaritans Vista Village – Pincher Creek, P.O. Box 1510, Pincher Creek, Alberta, T0K 1W0.

One Condolence for “LINKLATER Barry”

Leave a Condolence for Kevin/Karen Faulkes