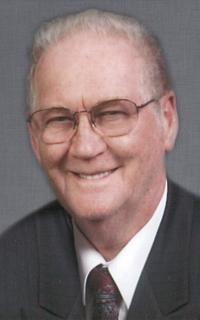 COLIN STIRLING of Milk River, beloved husband of Mabel (McFadden), passed away suddenly at home on Wednesday morning, December 3, 2014, at the age of 76 years. Colin is also lovingly remembered by his daughter Lynda, son Wayne (Kathy), his five grandchildren; CJ \”Colin\”, Tara (Matt), Scott, Jordan and Roxanne, his great-grandson, Liam, his sister Maureen (Dan) and extended Stirling family. He is also survived by many members of Mabel\’s extended family including her son Brent (Dawn) and their children and the Niblock, McFadden and Mueller families. Colin was predeceased by his parents, Colin and Dorothy Stirling and his infant son, Scott. Colin was born in Kirn, Scotland and in March 1956, came to Canada with his family. He was an active member of the Milk River Golf Club and the Milk River Businessmen\’s Association. A Memorial Service will be held at the MILK RIVER CIVIC CENTRE, 321 – 3 Avenue NE., Milk River, AB., on Monday, December 8, 2014 at 2:00 P.M. with Marion Martin officiating. In lieu of flowers, donations may be made in Colin\’s memory to either the Milk River Health Center, Palliative Care Unit, 517 Centre Avenue East, Box 90, Milk River, Alberta, T0K 1M0, or to the Lethbridge District Humane Society, 2920 – 16 Avenue North, Lethbridge, Alberta, T1H 5E9.