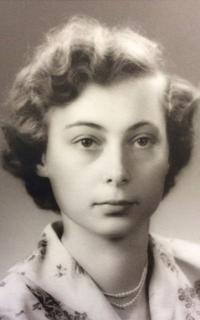 \”Look unto me and be you saved
All the ends of the earth
For I am God and there is no one else\”
Isaiah 45:22
\”To Him be all the glory\”
MRS. ANNEKE (ANNE) VANEE passed away on Wednesday, December 3, 2014 at the age of 80 years. Anne was born in Sleeuwijk Netherlands on September 16, 1934. She was the second child of nine children born to Bastiaan and Johanna Ouwerkerk. The family immigrated to Canada in 1950. Anne married Jo Vanee May 27, 1955 and they were blessed with four children. Anne was predeceased by Jo on October 4, 2007. Anne is survived by Verna (Ken) Greidanus and their children; Angela (Scott) Van\’t Land (Noah, Caleb, Eden and Moriah), Erin (Jonathan) Norton (Charlotte, Benjamin, Olivia and Rebekah), Bethany (Jim) Vreugdenhil (Seth and Amaya) and Krista, Joyce (Ron) Sakamoto and their children; Jeremy (Robin) Sakamoto (Alexis), Shawn (Carrie) Sakamoto (Parker, Quintin and Lennon) and Sasha (Scott) Mahan (Lachlan and Cadan), Ron Vanee and his children; Jonas, Justin and Jordyn Vanee and Bonnie (Mike) Jarokosky and their children; Jennifer (Stephen) Martyn (Kaden), Shane (Heather Emerson) Jarokosky and Tyler Jarokosky. Anne is also survived by her beloved brothers, sisters, brothers-in-law, sisters-in-law, nieces and nephews. A Family Interment will be held at MOUNTAIN VIEW CEMETERY on Monday, December 8, 2014 at 9:00 A.M. A Funeral Service will be held at BETHEL FREE REFORMED CHURCH in Monarch, AB., on Monday, December 8, 2014 at 10:00 A.M. with Reverend Eric Moerdyk, officiating. In lieu of flowers, donations in Anne\’s memory are welcome at the Alzheimer Society, #402, 740-4th Avenue South, Lethbridge, AB., T1J 0N9 or Good Samaritan Society, Park Meadows Village, 1511-15th Avenue North, Lethbridge, AB., T1H 1W2.

One Condolence for “VANEE Anneke”