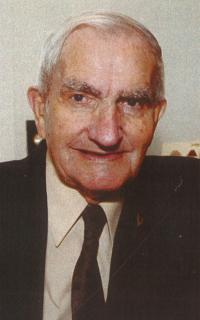 1925 ~ 2014
Mr. Steve Van Hell of Picture Butte, beloved husband of Mrs. Berendina \”Diny\” Van Hell, passed away suddenly in Picture Butte on December 10, 2014 at the age of 89 years. Steve was born in Nykerk, Holland in 1925. He immigrated to Canada in 1949 and settled in Picture Butte, AB. He married his first wife, Jannie Donkersgoed (deceased in 1962) in April of 1952. Together they were blessed with four children. He later found love in Diny, they married in 1963, and together they raised four children. Steve and Diny celebrated 50 years of marriage last December. Steve was involved in the construction industry and woodworking all of his life, and was also actively involved with the Iron Springs Christian Reformed Church, right up until the time of his passing. He loved his family and spending time with them. Besides his loving wife Berendina (Diny), Steve is survived by his daughter Mary-Lynn (Tony), daughter-in-law Annie; his six sons Ken (Elaine), Fred (Sue), Clarence (Vanessa), Dave (Barb), Edward (Kerri), and Gordon (Erica); numerous grandchildren and great-grandchildren; his sister Jean Vogelaar; brothers Tony (Gerrie), John (Jenny); and extended family in Canada & Holland. Steve was predeceased by his first loving wife Jannie; eldest son Ralph; his parents Ruth & Alberta; brothers Walter & Roger; and his brother-in-law Art Vogelaar. A Visitation will be held between 7 — 8pm on Friday, December 12, 2014 at MARTIN BROTHERS RIVERVIEW CHAPEL, 610-4 St. S., Lethbridge, AB. A Memorial Service will be held at 12:00pm on Saturday, December 13, 2014 at IRON SPRINGS CHRISTIAN REFORMED CHURCH, Iron Springs, AB, with Pastor Frank de Boer, officiating. Flowers are gratefully declined, but those who wish may make memorial donations to Bibles for Missions, 1004 1 Ave S, Lethbridge, AB T1J 0B1. Send condolences at www.mbfunerals.com