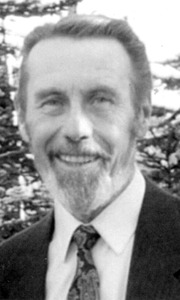 September 17, 1940 — Lethbridge, AB
December 11, 2014 — Calgary, AB
Brian Simpson beloved husband of Jeannine Simpson passed away on Thursday, December 11, 2014 at the age of 74 years. Besides his loving wife Jeannine, Brian is survived by his children and their spouses, Neil and Linda Simpson and Renee and Todd Hill; his grandchildren Lauren, Mitchell, Paige and Grayson; his brother and sister-in-law Maurice and Marlene Simpson; his nieces and nephews Bruce, Greg, Michael, Steven, Sean, Kevin, Brian, Shannon and their families. He was predeceased by his parents and two brothers. Funeral Mass was Celebrated at St. Gerard’s Catholic Church (8944 Elbow Drive SW, Calgary, AB) on Monday, December 15, 2014 at 1:00 p.m. Condolences may be forwarded through www.mcinnisandholloway.com. If friends so desire donations can be made directly to the Tom Baker Cancer Centre in memory of Brian. In living memory of Brian Simpson, a tree will be planted at Fish Creek Provincial Park by McINNIS & HOLLOWAY FUNERAL HOMES, Park Memorial, 5008 ELBOW DRIVE S.W. Calgary, AB, T2S 2L5, Telephone: 1-800-661-1599.