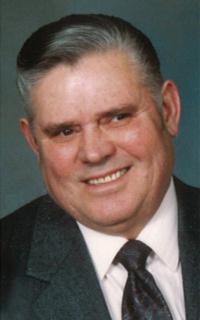 1935 ~ 2014
Luigi Glavina of Lethbridge, beloved husband of Nevia Glavina passed away peacefully at Chinook Regional Hospital on December 27, 2014 at the age of 79 years. Luigi Glavina was born on the 9th of October, 1935 in Capodistria, Italy. He was the third of five brothers. Luigi immigrated to Canada in 1957 and lived in Edmonton for 7 years before settling in Lethbridge. He married Nevia in 1961 and together they had two children. He worked at Parrish and Heimbecker (formerly Ellison Milling Co.) for 28 years. Luigi loved his family dearly and worked hard throughout his life to provide for them and to give his kids a better life. Through his example, he instilled in his children a strong work ethic and good moral values. He liked to be active and enjoyed his daily walks. During the summer months Luigi loved gardening and spent many hours tending to his vegetable plants especially his prized tomatoes. Every September, until he was able, he was excited by the arrival of grapes to make wine that was enjoyed and praised by family and friends. Besides his loving wife Nevia, Luigi is survived by his son Franco Glavina of Calgary, his daughter Laura and son-in-law Andy Chan of Franklin, Massachusetts, and his three granddaughters Kiara, Elana, and Caylee as well as numerous nieces, nephews and their families in Italy. Luigi was predeceased by his parents, Paolo and Maria, and his four brothers, Paolo, Bruno, Antonio, and Marino. Vigil Rites (prayers) will be held at 7:00pm on Friday, January 2, 2014 at MARTIN BROTHERS RIVERVIEW CHAPEL, 610-4 St. S., Lethbridge, AB. A Funeral Mass will be held at 10:00am on Saturday, January 3, 2015 at OUR LADY OF ASSUMPTION CATHOLIC CHURCH, 2405 — 12 Ave. S., Lethbridge, AB, with Father Nathan Siray, officiating. Send condolences at www.mbfunerals.com.

One Condolence for “GLAVINA Luigi”