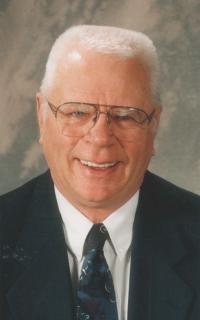 GARY KEITH HIRSCHE, passed away in Taber, Alberta on Sunday, December 21st, 2014 at the age of 78 years. He was the beloved husband of his best friend, Shirley Gorham Hirsche.Besides his loving wife Shirley, Gary is survived by their children Keith Hirsche, Lori (Martin) Emery. He is also survived by five grandchildren and one great grandchild with another on the way. Gary will be fondly remembered by his brother Ken (Marg) Hirsche, his sister Karen Liebelt and his brother in law Raymond Culler. Shirley`s sisters; Blanche Edgar and Carol (Harding) Atwood and numerous nieces and nephews. Family meant everything to Gary. He was predeceased by his parents George and Hazel Hirsche, sister Pauline Culler, sisters’ in law Betty Hirsche, and Valerie Hirsche, and brother in law Lawrence Liebelt. Shirley`s family; Elmer Gorham, Kavaleen Oliver, Ruby Northey, Bob Gorham, Ruth Weiss and brother in laws, Tenny Northey and Art Christianson. Gary was born on July 22, 1936. He dropped out of school in grade 8 with the passing of his father and helped his mother work the farm. Gary was very good with his hands and liked taking apart motors and then put them back together again. He also loved reading. While farming Gary`s mother brought Shirley out to the field to feed the field crew. It was at this time Gary became smitten with Shirley. Shirley was a school teacher in Wrentham. They married in Magrath, Alberta on August 01, 1958 and were later sealed in the Cardston Alberta Temple for time and all eternity. In their early married life, Gary worked for different farmers in the Wrentham and Lethbridge area. While farming for Hugh Laycock, Gary was employed with the Lethbridge Armory as a military mechanic. In 1959 Keith was born. In 1963 they added Lori to their family. Gary was pleased with his little family. In 1965, they moved to Taber, where he worked for a couple of Service Stations. At this time Gary went to SAIT to get his Automotive Mechanic License while coming home on weekends. Gary later opened Gary`s Motor Sports where he serviced small engines while selling Suzuki motorbikes in the summer and snowmobiles in the winter. Gary and Larry Jensen opened a Texaco Station on the highway. Looking for a change he worked in the oil patch as a battery operator for Kaiser, Ashland, Amoco and Dome Petroleum. Gary also had a love for motorbikes. He and Shirley with their friends Scott and Lois Kinniburgh travelled many places together in Canada and the United States. He loved being with Shirley in the open air. Gary had a love for radio control airplanes. He spent his winters building and his summers flying. Gary started the Nighthawk Radio Controlled Airplanes Club in Taber and 30 years later it is still going strong. He taught people how to build and fly planes. His son in law also shared this passion and in his last four years they went out flying together sharing experiences and flying stories. Gary was an active member of The Church of Jesus Christ of Latter Day Saints. He and Shirley served a mission at the Wyoming Martin Cove Handcart Mission. After returning home they served as temple workers in the Cardston Alberta Temple. He served in many other capacities always loving the people he served. The Funeral Service will be held at The Church of Jesus Christ of Latter-day Saints, 54th Street Chapel, Taber, Alberta on Tuesday, December 30th at 1:00 p.m.. Friends may meet the family at the Church from 11:45 to 12:45 prior to the Service. Interment to follow at the Taber Memorial Gardens. Email your condolences to: legacycardston@gmail.com.