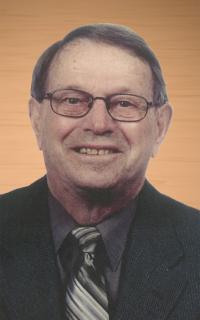 WALT STAPLES, beloved husband of 60 years to Clara Staples of Lethbridge, passed away at the Chinook Regional Hospital, on Saturday, December 27th, 2014 at the age of 83 years. Besides his loving wife, he is survived by his family; Sandra (Harvey) Noble of Bentley, AB and their children Jody (Alana) Staples of Coaldale, Natalie Noble (Billy) of Calgary and Crystal Noble (Brandon) of Morningside, AB; Kelly (Debbie) Staples of Alexandra, NZ and their children Brandon, Courtney, Caitlin and Simone Staples of Alexandra, NZ; Grant (Jayna) Staples of Coaldale and their children Travis Staples of Coaldale and Garrett Staples of Lethbridge. as well as three great grandchildren Kelsi of Sylvan Lake, and Avery and Keaton of Coaldale. Walt is also survived by a sister in law Linda Staples of Coaldale, two uncles Bill (Eunice) Staples and Ernie Amundrud of BC and numerous nieces, nephews and cousins. He was predeceased by his parents Stan and Ella Staples, and two brothers Richard and Ralph Staples. Walt was born October 24th, 1931 to Stanley & Ella Staples at Bracken, SK. – the eldest of three boys. The family lived at Mansfield, SK. where he attended school and later dryland farmed with his father & brothers. In the early 1950\’s he acquired a small parcel of land in Hays, AB. where he began irrigation farming. He also drove school bus from Hays to Vauxhaul, where he met his future wife Clara. Together they enjoyed many social outings and dances over the years. They were married in January of 1954 and lived in Hays for over 18 years. He then moved to the Warner area where he worked for Anderson Supplies. He continued to farm in that area for over 10 years. After working with Green Power in Taber, he switched to Agriculture Real Estate sales in Coaldale, by that time living in the Lethbridge area. Walt will be sadly missed by his family, friends and many faithful customers. A Memorial Service will be held at CORNERSTONE FUNERAL HOME, 2800 Mayor Magrath Drive South, Lethbridge, AB on Friday, January 2, 2015 at 11:00 A.M. In memory of Walt, donations may be made to a charity of one\’s choice.