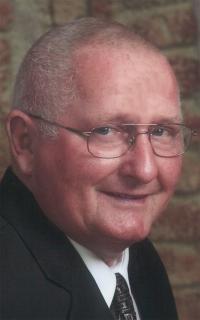 BEN DE GROOT, beloved husband of Carol de Groot, of Lethbridge, passed away at the St. Michael\’s Health Centre – Palliative Care Unit on Thursday, January 1, 2015 at the age of 75 years. Besides his loving wife, he is survived by his sons Hank de Groot and Steven (Rachelle) de Groot of Lethbridge as well as his grand daughter Megan. He is also survived by his sister Tina (Marvin) Ainsworth of Calgary, AB, and their family Darren, Kevin and families. He is predeceased by his parents Hendrik and Wilemke and one brother Harm. A Private Funeral Service was held at Mountain View Cemetery. In memory of Ben, donations may be made to the Alberta Lung Association, P.O. Box 4500, Station South, Edmonton, AB, T6E 6K2.