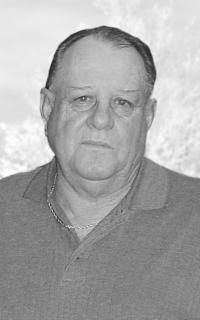 FARREL CLAYTON \”CORK\” KENNARD age 79 of Cardston, AB, passed away peacefully with his family by his side on December 29, 2014. Clayton was born November 1, 1935 to Nelson "Fredrick" Kennard and Rosetta "Rose" Leavitt Kennard in Cardston AB. After the passing of his father in 1938, a very special addition to his family was added. Adeline Beck became his second mother as his mom needed to support her little family. Dad grew up and attended school in Cardston. He went on to further his education at Utah State Agricultural College in Logan, Utah. Dad married his sweetheart and our mother, Myrtle " Myrt" Joyce Wescott on his birthday, November 1, 1955. Together they had 4 children and 7 grandchildren. All his pride and joy! Dad was a hard working man, he farmed, ranched, worked for Western Geophysical, ran his own Hunting and Fishing Guide Service and put in many years as Weed Inspector with the Cardston County, retiring in 2005. Dad was a avid hunter and fisherman. In his later years he took up a new hobby of Pocket Watch collecting. Clayton was predeceased by his mother Rose in 2006, his loving wife, Myrt on May 11, 2012 and son in law Rick Prince November 25, 2013. Clayton leaves behind to continue his legacy. Valarie (Rick )Prince – children Kari and Cody. Randy Kennard (Linda Ringwald). Alan (Roanna) Kennard – children Kristyn and Cara. Greg (Melanie) Kennard – children Aaron, Amanda, Alec and his very special second mother Adeline Beck. Funeral Services will be held Monday January 5, 2015 at LEGACY FUNERAL HOME. Friends may meet the family Monday January 5, 2015 from 10 to 11:00 am with a service to follow. Burial to take place following service at the Aetna Cemetery. E-mail your condolences to: legacycardston@gmail.com.