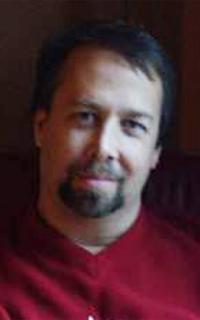 RONALD HOWARD MINTZ, beloved husband of Sandra Mintz, of Lethbridge, Alberta, passed away following a hard-fought, ten-year battle with cancer, on Saturday, January 3rd, 2015, at 48 years of age. Besides his loving wife, Ron is survived by his teenage sons, Brandon and Ethan Mintz, of Lethbridge, AB., his mother, Dorothy Mintz, of Edmonton, AB., and his siblings, Gary Mintz (Debbie Senner) of Edmonton, AB., and Dianne Arndt (Guy), of Powell River, BC. Ron was pre-deceased by his father, Edwin Mintz. Relatives and friends are invited to a Prayer Service, which will be held at CORNERSTONE FUNERAL HOME – 2800 Mayor Magrath Drive South, Lethbridge, AB., on Friday, January 9, 2015 at 7:00 P.M. with Deacon Cliff Bogdan officiating. A Funeral Service will be held at CORNERSTONE FUNERAL HOME, on Saturday, January 10, 2015 at 6:00 P.M. with Reverend Glenda Wert officiating. Reception to follow. Ron and Sandra wish to express immense gratitude and thanks to the Lethbridge physicians, and their teammates, who supported them so well, making a tremendous difference in their lives, namely- Dr. Brenda Ireland, Dr. Abdul Shukkoor, Dr. Dinesh Witharana, Dr. Patrick Oviatt, Dr. Abhijit Ghose, Dr. Xander VanderPoll, Dr. Wendy Takeda, and Dr. Brad Hagen, as well as BJ Milman-Fritz, and the staff of St. Michael\’s Palliative Care Centre. You are each angels on earth, and we give thanks for you all. Ron was a born and raised Edmontonian, who fell in love with Lethbridge, where his in-laws lived. Ron enjoyed a career with Don Wheaton Chev Olds in Edmonton, at their flagship dealership, as a Red Seal, GrandMaster Automotive Mechanic. What he enjoyed even more, was restoring classic vehicles, and building his own race cars. He took tremendous pride and enjoyment in this work, and the prevalent \”car scene\” in Lethbridge was just one of the factors that drove him to insist on a family move to Lethbridge in 2008. Ron wholly embraced fatherhood, and his sons were a tremendous source of love, pride, joy and focus in his life. He adored his sons from the minute they were born, and was very grateful for the time that he was able to have with them, shaping, nurturing, guiding, and loving them. He would have liked many more years with them, but was relieved and grateful for each extra year that he was given, thanks to his excellent medical care. Ron felt that if one didn\’t do a great job in parenting their children, then no other life accomplishments much mattered. Ron was much loved by his family and friends. He was universally considered to be a really great guy; the kind of person who was liked and respected by all who knew him. Ron was honourable, kind, fun to be around, and had a gentle disposition. Ron’s sweetness and pureness of heart and spirit makes his tragic loss especially difficult to bear. He will be honoured, loved and remembered in perpetuity. In memory of Ron, donations may be made to Kidney Cancer Canada – 4936 Yonge Street, Suite 226, Toronto, ON M2N 6S3, an invaluable source of support to Ron and Sandra. An online book of condolences can be signed at cornerstonefuneralhome.com.