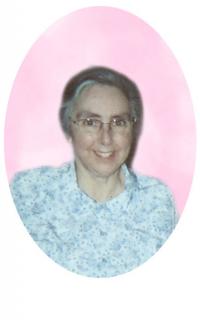 December 28, 1955 ~ January 13, 2015
Welcomed into the arms of her heavenly father, MARY ELIZABETH \”LIZ\” KALDAL, beloved wife of Ray Kaldal of Warner, passed away at the Foothills Hospital in Calgary, AB. on Tuesday, January 13th, 2015 at the age of 59 years. She will be dearly missed by her stepmother, IrlaGingerich, sister- in-law Betty Anne (nee Torkelson) Gingerich and by her siblings, Florence Sommers (Ron), Esther Caron (Maurice), Floyd Gingerich (Doris), Fern Balzer (Wolfgang). She will be remembered fondly by her nieces and nephews, Dwayne Gingerich, Cheryl Weaver (Dan), Brenda Miller (Nathan), James Gingerich, Beverly Hostetler (Kenneth), Serena Gingerich, Devin Caron and Michael Caron. She was predeceased by her infant brother Daniel Gingerich, mother Rebecca (nee Eby) Gingerich, father Alvin Gingerich and brother David Gingerich. Elizabeth was a gentle soul and touched the lives of all she met. She had many close friends are treasured those relationships. She will be deeply missed by all those that knew her. Relatives and friends are invited to meet with the family at CORNERSTONE FUNERAL HOME – 2800 Mayor Magrath Drive South, Lethbridge, AB on Friday, January 16th, 2015 from 7:00 – 8:00 P.M. to pay your respects. A Celebration of Life will be held at CORNERSTONE FUNERAL HOME, on Saturday, January 17th, 2015 at 11:00 A.M.