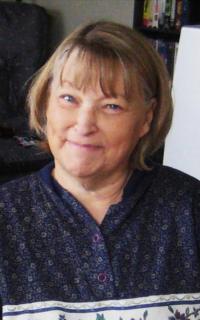 JEAN KAY (EDMUNDS) WILLIAMS passed away January 8, 2015. She was born April 20,1947 in Los Angeles, California, the fifth child and fourth daughter of Joseph Thomas and Lois (Garrett) Edmunds. She is survived by her husband her Husband Gordon Y. Williams of Cardston and her daughters, Suzanne Spotted Bull (Grant) of Lethbridge, Ab , Janalyn Reil (Kenneth) of North Las Vegas Nevada, & and Michelle Williams of Vancouver B.C. Jeans Sisters, Joanne Anderson, Gee Gee Awrkamp, & Diane Lewis Live in Linden & Taylorsville , Utah, Her Brother Joseph Edmunds lives in St. George, Utah. Jean loved very much the eight grandchildren, seven of which have survived her. (Garrett – deceased, Christopher, Tyler, Jessica, Colton, Brooklyn, Brett & Jacob) She was very proud of them all. She attended Alhambra High School & the International School of Brussels, Belgium from which she received her High School graduation. In 1971 she graduated with her university degree in education from Brigham Young University and a Cardston, Alberta young man who had intentions on making her a Canadian citizen. Jean and Gordon were married in Los Angeles October 15, 1971. She was very active in her church and filled many leadership positions. She was a great support to her husband in his career and traveled extensively with him in the Province of Alberta and the Pacific Northwest of the U.S. Those who have had association with Jean Kay always comment that their lives have been enriched by their association with her. Friends may meet the family at Legacy Funeral Home, Cardston on Sunday, January 18th from 6:30 to 7:30 pm or at the Church on Monday from 10:00 to 10:45 am prior to the service. The Funeral Service will be held at the Cardston Alberta Stake Center (East Hill) on Monday, January 19th, 2015 at 11:00 a.m., with Bishop Carey Quinton officiating. Interment in the Cardston Cemetery. E-mail your condolences to: legacyfh@telus.net.

One Condolence for “WILLIAMS Jean”