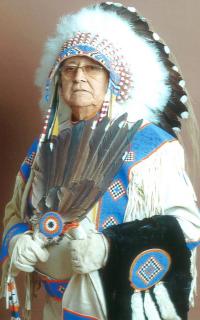 1944 ~ 2015
Richard Dick Thunder Chief (Day Chief) of the Blood Indian Reserve, beloved husband of Geraldine Thunder Chief, was called home to the creator surrounded by his family and friends on Sunday, February 15, 2015 at the age of 70 years. Richard leaves to mourn his loving wife and best friend of 49 years, Geraldine, and their children Ron (Kelly), Rich Jr. (Gail) and Lorna; Grandchildren Kalib (Jade), Chet, Drayton, Nakoda, Kyanni, Mackenzie, Hunter, Taylor, Royce and Skye (Wilfred); his only Great Grandson \”Baby Ricky;\” Adopted children include: Karen, Harley, Stephanie, Tessie, Marvin, Christie, Cynthia, Caroline and Marlon Young Pine, Verna Delany, Dallas Houghton, Chickory Black Water and Jana Day Chief; adopted Grandchildren Whitney, Larmer and Dryden; Brothers Evans (Patty), Ivan (Juanita), Horace (Dolly), Sheldon and sisters Gloria, Dorothy, Theda (Floyd) and Carol (Natashia); \”Special Brothers\” Harrison Shade, Harrison Wolfchild, Tom Crane Bear, Gilbert Provost and \”Best Man,\” Del Healy Sr. as well as numerous aunts, uncles, nieces, nephews, cousins and their families. Richard attended the St. Mary’s Residential School, returning home to work along side his dad tending to his horses and cattle. He was proud of this father Dick who was a major influence in his life, crediting him with instilling strong work ethic and ideals of family, generosity and trust. Richard joined his father at many hand game tournaments and rodeos where Dick entered into calf roping, which lead him to his passion for the rodeo, entering many events which included saddle bronc, steer wrestling, team roping and calf roping. In 1965 while on the rodeo trail traveling with his \”best man\” Del Healy Sr., Richard met up with his soon-to-be wife Geraldine Provost, it was \”love at first site!\” On December 18, 1966 they married and welcomed two sons Ronnie and Richard Jr. and daughter Lorna. With the strong work ethic instilled in him by his dad, Richard provided for his new family and ensured they never went without. He travelled for work moving to several area towns, including Fort Macleod, Cowley, Lethbridge and Yakima, Washington. Richard and his family eventually moved back home to the Blood Reserve and into their new home in1975. Shortly after moving into their new home, Richard purchased his first herd of cattle running his own cattle operation and returned to his love of rodeo he involving his entire family; he loved to watch them compete. Rodeo took both him and his wife to Reno, Nevada to compete in the Sr. Pro Rodeo Association Finals, Richard in Calf Roping, Geraldine in Barrel Racing and both in Ribbon Roping. Richard never forgot where he came from, he danced in the Men’s Buckskin competition and was joined by his wife Geraldine in the Women’s Traditonal at many powwows, he sat with the with the Old Agency Drum Groups and the White Feathers Drum Group consisting of his brothers and sisters, composed many songs and actively practiced the \”traditional ways.\” Richard was proud to serve the Blood Tribe membership in many capacities; grader operators with the Blood Tribe Public Works, an EMT and firefighter with the Blood Tribe Protection Services and as an elected Blood Tribe Councillor. In 1990 Richard became an entrepreneur launching \”Triple R Trucking\” and was a founding partner and Vice President of the Blood Tribe Truckers Association, negotiating various contracts for the Blood Reserve truckers. In 2010, Richard accepted an appointed to the Blood Tribe Police Commission. Richard passed onto his family the same strong work ethic and values passed onto him, both he and his wife remained actively involved in their children lives supporting them in their careers, endeavours and success. Richard loved his grandchildren, he was their teacher, their supporter, their biggest fan, but most of all, their \”Grandpa!\” Regardless of the many accolades and championships won Richard never lost who he was, he will be remembered by his quick wit, sense of humour and unconditional friendship. Richard was predeceased by his parents, Dick and Annie Day Chief, brothers Calvin and Darren and sister Noella. A Wake Service will be held at 7:00 pm on Sunday, February 22, 2015 at GLADSTONE HALL, Blood Reserve, AB. A Funeral Mass will be held at 11:00 am on Monday, February 23, 2015 at ST. MARY’S IMMACULATE CONCEPTION PARISH, Blood Reserve, AB. Send condolences at www.mbfunerals.com.