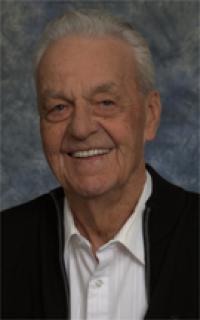 Our beloved husband, father, grandpa and great grandpa, Harland Leonard passed away peacefully in his sleep, February 21, 2015 with his youngest grandson by his side, leaving his loving and devoted wife of 69 years, Bertha. Harland was born on the family farm, approximately 17 miles south of present day Val Marie, SK, on October 14, 1924. He was the second oldest and only son of Leord and Johanna (Moe) Brandon. From the time he was born ranch and farm life was his passion, breaking his first horse at the age of six with a little help from Dad. Many hours were enjoyed riding the open range both for pleasure and work gaining a great appreciation for the struggles of the Native Americans and the early settlers and the wonders of nature. Harland and Bertha (East) were married January 12, 1946 and remained on the Brandon ranch for 6 years before acquiring land in the newly opened irrigation project in Hays, AB. In 1953, Harland and Bertha moved with two small children (Beverley and LeWayne) to their new homestead, Jeffery and Mark later completed the family. Over the years the family faced many challenges such as hail and drought but hard work and his love for the land helped him through these difficult times. Over the years Harland worked with the Hays 4H, Hays civic centre, curling rink, minor hockey, baseball, grazing association and the United Church. After 47 years of farming Harland and Bertha retired to an acreage near Diamond City, AB in 1984 and moved to Lethbridge in 1994. During these retirement years they enjoyed camping, fishing, vacations to Hawaii, California and Florida and visiting family and friends. Harland is survived by his loving wife, Bertha; sons, LeWayne (JoAnn) and Mark (Florence); son in law Howard (Kathy) Dell; six grandchildren, Jason (Vickie), Kari (Ryan) Hanna, Mitchel, Harland, Donavon and Lane; five great grandchildren, Montana, Madison, and Chance Brandon, Taylor and Braxton Hanna; sister, Gloria (Bob) Smith; brother in law, Tom Hayes; Bertha’s family, Gertie Workman, Martha Reid, Hilda (Gordon) Gouldie, Iris Parker and Elaine East; nieces and nephews. Harland was predeceased by his parents, Leo (1955), Hannah (1980), son, Jeff (2007), daughter, Bev (2010), sisters, Cleofae (1967) Fern (2014), Bertha’s parents, Lily (1963), Jesse (1978); brother’s in law, Bill Workman (1987), Don Parker (2006), Walter Reid (2012), David East (2014) and John Kress (2014). Harland will be fondly remembered as a loving family man and farmer. A Funeral Service will be held at CORNERSTONE FUNERAL HOME, 2800 Mayor Magrath Drive South, Lethbridge on Thursday, February 26th, 2015 at 2:00 P.M. with Reverend Bob Wallace officiating. If friends so desire, memorial donations may be made to the Heart and Stroke Foundation, 100, 119-14 Street S.W., Calgary, AB T2N 1Z6 or to the charity of one\’s choice.