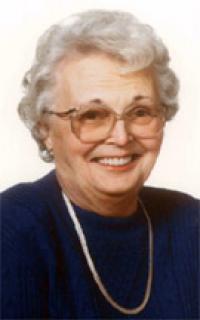 NORMA OLGA OWENS, wife of the late Allen William Owens of Magrath, passed away in Magrath on Wednesday, February 25th, 2015 at the age of 89. Norma was born on July 6th, 1925 to Joseph and Edna Tennant of Iron Springs. She attended elementary school at Iron Springs, high school at Picture Butte after which she graduated from Henderson Business College in Lethbridge, Alberta. After attaining her degree, she worked for the Alberta Treasury Branch in Lethbridge, Alberta. On June 20th, 1947, she married Allen William Owens and moved to Belle View Ranch (now known as the Owens’ Farm). Norma found employment in the office of the Magrath Trading Co. In 1952, she became the editor of the Magrath Trading Co. Store News until her retirement in 1991. Norma was predeceased by her husband Allen in March 2012 and by her only sister Thelma Bailey of Camrose. She is survived by her son Barry (Debra) of Magrath, daughter Beverly (Claude) of Stony Plain; four grandchildren – Chad, Cam (Alica) Owens of Magrath, Derek and Casey Coupal of Stony Plain; four great grandchildren – Jesse, Quincy, Allen James (A.J.) and Grayson Owens as well as nieces and nephews. The Funeral Service at the Legacy Funeral Home Chapel, Cardston, Alberta on Monday, March 2nd, 2015 at 1:00 p.m. Interment in the Magrath Cemetery, Magrath, Alberta.In Lieu of flowers, donations may be made to the Heart and Stroke Foundation, 1825 Park Road SE, Calgary, AB T2G 3Y6. Email condolences to: legacycardston@gmail.com