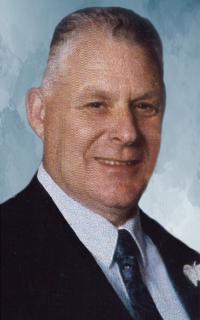 It is with deep sorrow that we announce the passing of our beloved husband, father and grandfather GEORGE EDWARD "TED" ORCHARD. After a courageous battle with Parkinson’s, Ted passed away peacefully at the Chinook Regional Hospital on March 1, 2015 with his loving wife and cherished youngest daughter at his side. He is survived by his beloved wife Ellen and daughters Jill, Joanie and Catherine. He is also survived by his two sons, his "kindred spirit" Warren, and Leonard, daughter Alexandra, and twins Margaret and Roberta. Ted is also survived by 19 grandchildren. Abroad, he is survived by his brother Michael (Sandy) Orchard in South Hampton England, cousin Daphne Kassif of Israel, as well as many close cousins, nieces and nephews. Ted was predeceased by his parents and son Ronald. Ted was born in London, England November 26, 1935 to parents George James Orchard and Louisa Henrietta Orchard. As a young man he lived on the Isle of Wight and in Hampshire, England. With his multi-lingual talents he served in the British Army for two years as a linguist becoming proficient in the Russian language. He went on to continue his education at Oxford University (St. John’s College) attaining both his Bachelors and Master’s degree in History and Education. Before immigrating to Canada to complete his Doctorate in History at McGill University in Montreal, adventure beckoned and Ted travelled to Nigeria to teach for two years with CUSO. In 1965 Ted was offered an opportunity to become one of the founding faculty members for establishment of The History Department at The University of Lethbridge. During his tenure there Ted took great pride in teaching, translation, editing and research. He taught at the University until his retirement as Professor Emeritus. He was a prolific writer and editor and leaves a legacy of numerous published books, translations, volumes and articles on the History of Russia which are used in Universities today throughout the world. One of the many highlights of his academic career was an invitation to collaborate with other scholars in Israel for the examination and deciphering of the Dead Sea Scrolls. He is fondly remembered as an academic scholar, contributor, linguist, author, and respected colleague and friend to many. Ted lived life to the fullest enjoying family gatherings, travel, sports, music, and his adoring pets. After playing recreational soccer for years, in his retirement he was a coach and referee for the Lethbridge Soccer Association. Active in the community for many years Ted was also a member of the German Male Choir, German Club, and the Playgoers of Lethbridge. Ted will be remembered fondly as a gracious man of integrity, quiet nature, kind-heartedness and gentle spirit. He will forever be cherished within his circle of friends and family for his gifts of thoughtful conversation, amazing intellect, astounding factual recall, brilliant wit and unique sense of humor. He spoke kindly, laughed whole-heartedly, cared deeply, and loved generously. Always a privilege to share in his company, our hearts are heavy and Ted will be sadly missed by all who knew him. A Celebration of Life will be held at CORNERSTONE FUNERAL HOME, 2800 Mayor Magrath Dr. South, on Saturday, March 7, 2015 at 11:00 A.M. with Pastor Tom Peterson officiating. Interment to follow at the Mountain View Cemetery. In lieu of flowers, memorial donations may be made to the Parkinson’s Society of Southern Alberta, 1254-3 Avenue South, Lethbridge, AB, T1J 0J9.