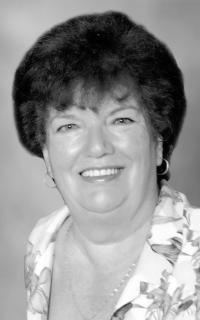 1943 ~ 2015
Patricia \”Pat\” Kaszuba of Lethbridge, Alberta, beloved wife of Alf Kaszuba, passed away after a brief illness on Wednesday, March 4, 2015 at the age of 71 years. A fun loving, devoted wife, mother of five, stepmother of three, grandmother of twenty-one, and great friend, Pat was born in 1943 in Victoria, BC to Thomas and Dorothy Peters. After a rewarding and varied career, Pat enjoyed her retirement years with her loving husband, Alf, as well as with her beloved golden retriever, Jessie \”The Golden Girl\”, and pursuing her passions of travel, gardening, and sports (BC Lions). Besides her loving husband Alf, Pat is survived by three daughters Ingrid, Maureen (Bill), and Heather (Brett); two sons Wayne and Don (Bobbie); three stepchildren Ian (Heather), Jill (Al), and Glen (Janet); twenty-one grandchildren Ryan (Konya), Alex, Jared, Kyle, Josh, Trista, Kaitlyn, Scott, Mark, Blake, Jack, Michael, Brandon, Willow, Xander, Joel, Sara, Hayden, Katie, Andrew, and Nathan; three brothers Jim, Ed (Sondra), and Kelly; good friends Diann \”Toodie\” (Jim) Wallace and Shirley Nagourney; as well as numerous nieces, nephews and their families, and her many great friends. Pat was predeceased by her parents, Thomas and Dorothy Peters. A private family service was held. Flowers are gratefully declined. For those who wish, memorial donations may be made to a charity of their choice. Visit www.mbfunerals.com to send a private condolence.