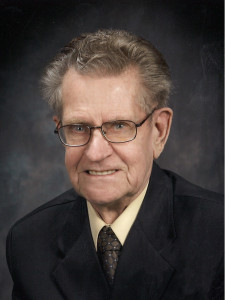 COR KORVER passed away peacefully at home in God’s way and in God’s time, at the age of 80 years. He was the beloved husband of Hennie for almost 50 years. He was a dear father and grandfather to Doug and Michelle and their children Erin and Joel, and Lori and Andy Diepenbroek and their children Doran and Nevan. Cor was preceded in death by a son, Paul (8) in 1981; a brother, Nick, in 2011; and a sister, Grace Maheux, in 1977. Surviving are his brothers Case (Winnie), Bill (Hilda), Arie (Bev), sister in law Ann Korver and many nieces and nephews; as well as the van’t Land family. A Memorial Service will be held at TRINITY REFORMED CHURCH, 1100-40th Avenue North, Lethbridge, AB., on Thursday, April 2, 2015 at 3:00 P.M. with Pastor Hank Van der Woerd officiating. A Private Family Interment will precede the Memorial Service.