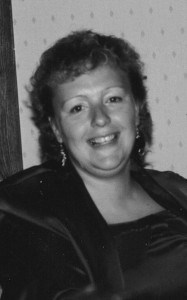 Deb Coolidge of Lethbridge, beloved wife of Tim Coolidge, passed away on Monday April 13, 2015, at the age of 57.

Deb loved to be active. She enjoyed her years playing slow-pitch and volleyball where she made many lifelong friends. Volunteering with Victim’s Services, Deb was able to help many in their time of need, which was something she valued and was known for. Spending time with family and friends was Deb’s favourite past time. Those that knew her will remember many camping trips to Apgar, summers by the campfire, and dinners around the kitchen table.

Deb is predeceased by her parents Merv and Trudy Newinger.

In memory of Deb and in lieu of flowers donations can be made to the Heart and Stroke Foundation, heartandstroke.ab.ca.