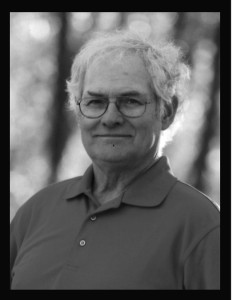 RICHARD PAUL COTE, beloved husband, father, grandfather, son, brother and friend, passed away peacefully with his family by his side at the Chinook Regional Hospital on Tuesday, April 21, 2015 at the age of 63 years. Richard’s early years were spent in Hardieville and he graduated from Catholic Central High School in 1971. Throughout his life, he worked hard from a mechanic to family owned and operated businesses. Richard is lovingly remembered by his wife of 40 years, Bonnie, their sons Christopher (Connie), Daniel (Shannon), Jonathan (Marla) and Andrew (Jilana), grandchildren Paisley, Keira, Riley, Bowen, Gage, Katie, Logan, Jayme, Trinda, Keeton and Kalis, parents Leo & Velma Cote, siblings Don (Linda), Ken (Rita), Dave, Karen (Ed), Linda (Ron), and extended families. He was predeceased by his son, Jeffery, father-in-law Dan McEwen and best friend Brian Pierson. Richard fought a brave battle against cancer with a positive attitude. He touched many lives and will be remembered by those who knew him. A heartfelt thank you to the doctors and staff on 4B at the Chinook Regional Hospital. A Celebration of Richard’s Life will be held at the COLLEGE DRIVE COMMUNITY CHURCH – 2710 College Drive South, Lethbridge, Alberta on Friday, May 1st, 2015 at 1:00 P.M. In lieu of flowers, donations may be made in Rick’s memory to STARS, 1441 Aviation Park N.E., Box 570, Calgary, AB, T2E 8M7.