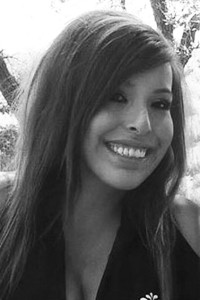 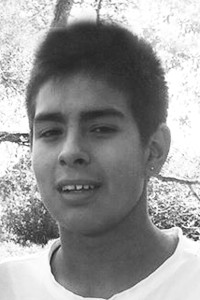 Clarissa loved being with Tayva and Treyton and enjoyed family gatherings. She loved the Detroit Red Wings and would be sad to know they are out of contention for the Stanley Cup. Laurie and Clarissa’s relationship was strong; it was more than a mother daughter relationship. They were best friends as you could be guaranteed to see them attached at the hip. Clarissa’s life goal was to become a Social Worker, just like her Aunt Karen. Clarissa’s favorite food was bacon and apparently this was an English trait. Clarissa had a presence about her and when she entered any room, heads would turn. Clarissa had a beautiful soul, loving spirit and a magnetic charisma.

Clarissa always greeted you with a smile and a warm hug. She always had time for others and often was a great counselor because she took the time to listen. Clarissa’s friends and family often confided in her because they trusted her. After talking with her, she would often have a crazy comment that would leave everyone laughing. Clarissa would often be jamming out to Eminem with a Red Bull. Everyone who knew Clarissa has a cherished memory that was filled with lots of laughter and joy.

Dakota was very athletic and played various sports such as soccer, baseball and hockey. He attended the hockey academies in Lethbridge and Calgary, AB. Dakota played hockey in Fort Macleod and was usually quite early for games because his cousin Robin was driving. Because Dakota loved the sport of hockey, he also was certified as a hockey ref at age 14. Dakota loved to spend time with family and friends and was looking forward to graduating this year from high school. Dakota’s 18th birthday was a huge celebration.

Dakota received an aquarium as a special gift and filling that aquarium, was his new friend Raphael; a turtle his sister Clarissa knew he would love. Dakota had an amazing work ethic for such a young man and was employed with West Co. at the age of thirteen. He was persistent at wanting to work and would often bug West Co., even though he was only 12. They finally gave in and hired him when he turned 13. Past employment included Pure-O-Clean and Lethbridge Iron Works where he gained both employment skills and everlasting friendships. Dakota enjoyed being the comedian of the family and usually was entertaining in some way or another. Playing poker with his grandma Wendy was a special time for him and he usually won.

An All-Night Wake Service will be held at Louise English’s house, Brocket, Alberta on Wednesday, May 6, 2015 Starting at 6:00 P.M.

One Condolence for “ENGLISH Clarissa & Dakota”