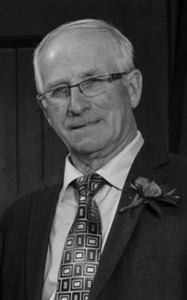 It is with profound sadness that we announce the passing of our dear husband, father and Opa. Mr. Jim Vandenberg of Picture Butte, beloved husband of Nella Vandenberg, after a short illness of cancer at the Chinook Regional Hospital on Wednesday, June 3, 2015 at the age of 62 years.

Jim was born in Lethbridge on July 15, 1952. On January 27, 1977 he married Nella and together they moved to a farm out west of Picture Butte, where he worked until the time of his passing.

Family and friends are invited to pay their condolences between 7:30pm and 8:30pm on Monday, June 8, 2015 at the Netherlands Reformed Congregation, 601 3A Street S., Picture Butte, AB.

A Funeral Service will be held at 10:00am, on Tuesday, June 9, 2015 at the NETHERLANDS REFORMED CONGREGATION, 601 3A Street S., Picture Butte, AB, with Reverend A.H. Verhoef, officiating.

Flowers are gratefully declined. Those who wish, memorial donations may be made to the Bethesda Care Home, 701 3A Street S., Picture Butte, AB T0K 1V0.