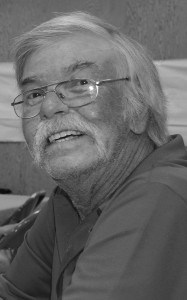 It is with great sadness that we announce the passing of Dennis Todd, 66, of Coleman, Alberta, on Friday, June 5, 2015.

He is survived by his best friend and wife Jennifer, daughter Nicole and brothers Veryl (Ingrid), Ken (Linda), and Russell (Edna) and mother in law Gerda Jenkin (96 yrs) and the extended Jenkin family. He is predeceased by his mother Gae and father George, younger brother Timothy, and sons Kristopher Ryan and Travis Fraser.

Dennis was born October 10, 1948, and was the fourth of five sons of George F ‘Scotty’ and Gae Todd. Dennis attended school in Nobleford up to grade 5, then Picture Butte when the family farm was sold in 1958. The family then moved to Lethbridge in 1960. Dennis attended St. Francis High, graduating in 1966. He completed an additional year of studies at Lethbridge Community College to become an electronics and radio technician. He apprenticed (1971 – 1975) at SAIT in Calgary to become a journeyman Radio Technician. Dennis worked for the City of Lethbridge as a Radio and Communications Technician. He retired after nearly 35 years of service.

Dennis married Jennifer Lynn Jenkin (from Trail, BC) in August 1978. They had three children Kristopher Ryan, Nicole Jensine and Travis Fraser. Dennis enjoyed going to the family hunting camp with his sons, brothers and hunting friends in the foothills west of Claresholm. In retirement Dennis continued a tradition of spending his summers in Mirror Lake, near Kaslo, BC at their waterside trailer, where Dennis continued to fish, visit with family and friends and cruise the lake. He also enjoyed walking their dogs and relaxing.

Dennis demonstrated an enormous commitment to helping others. He served several years with the 18th Field Artillery Regiment as an NCO. He also gave of his time to the Lethbridge Sea Cadets, reaching the highest rank of Commanding Officer. Dennis has spent over 25 years volunteering for the Alberta Disabled Skiers Association at Castle Mountain.

A Memorial Service will be held at 11:00am, Saturday, June 13, 2015, at MARTIN BROTHERS RIVERVIEW CHAPEL, 610-4 St. South, Lethbridge, with Deacon Frank Peta officiating.

We would like to honor Dennis’ commitment to helping others and ask that in lieu of flowers, a donation can be made to the Alberta Section of the Canadian Disabled Skiers Association. Donations can be forwarded to 111759 Groat Road, Edmonton, AB, T5M 3K6, (780) 427-8104 OR securely online at: www.canadahelps.org/en/charities/canadian-association-for-disabled- skiing-alberta/