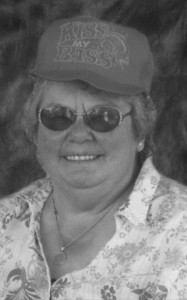 LORRAINE ANN DYCK, beloved wife of the late Mr. Edward Dyck, passed away suddenly at her home in Coaldale on Wednesday, June 24, 2015 at the age of 68 years.

Mom was born on May 18, 1947 in Carmangay. She spent the majority of her life in Southern Alberta. She was proud to have been a trucker’s wife for over 40 years! She was fiercely independent with a heart full of love knowing no limits. She loved to garden, camp and fish. She was a diehard Flames fan and no one could convince her that Elvis wasn’t “The King”.

It was Lorraine’s wish that no formal funeral service be held.