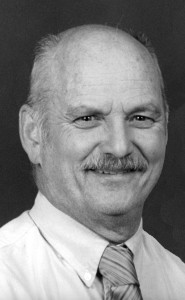 DEREK GEORGE HYLAND, beloved husband of Ann Hyland of Fort Macleod, passed away at St. Michael’s Health Centre on Friday, June 26, 2015 at the age of 67 years.

He is predeceased by his parents Ron and Doris Hyland, brother Colin Hyland and his oldest son Robert Hyland.

Derek was born in Medicine Hat on November 21,1947. He was raised in Bow Island where he completed his schooling and worked on the family farm. In 1965 he joined the RCAF and did basic training in Winnipeg, MB, then deployed to Comox, BC where he was discharged in 1971 and ended up moving back to his home town of Bow Island.

He married the love of his live, Patricia Ann McArter on July 15, 1967. In 1974 Derek started his second career with Greyhound Bus Lines where he drove for 34 years and thousands of miles until retiring in 2007. He loved every year and mile that he drove with Greyhound. He was able to see different parts of Canada and the US, and whether it was driving regular runs or Charters he truly never complained. He had made several friends along the way including other drivers, depot agents, passengers, and pretty much anybody that he came in contact with.