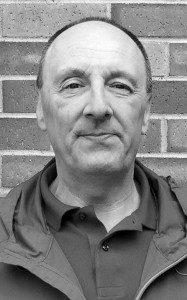 It is with heavy hearts that we mourn the untimely passing of our loving husband and Dad, Darren Roper, who was suddenly taken from all of us on Thursday the 25th of June, 2015. Darren will be sadly missed by his family, friends, colleagues, students, and all who have had the privilege to have known him.

Darren was born and raised right here in Lethbridge, where he married his long time sweetheart, and together they raised their two children. After a strenuous but successful education, culminated by a Masters of Educational Technology Degree from the University of British Columbia, he found his true calling in life as an educator and mentor.

Darren had a long list of hobbies – his favorite being cycling, walking, baseball, hockey, hiking and travelling with his family and most definitely restoring his vintage 1967 Thunderbird with his son. He was also a huge nerd, watching his favorite shows like Stargate, Star Trek Voyager, Game of Thrones, and Orphan Black. He would also get quite worked up after someone told him that their favorite Star Wars was “A New Hope”. Telling them in detail how it was just called “Star Wars”, and that he had watched it in theatres three times in the first 24 hours of its original release.

Darren is survived by his loving wife, Kimberly (Kim) Ann Roper, his two children; Matthew Ronald Roper, and Hannah Elizabeth Roper, and his three sisters; Gloria Serkin, Mavis Matis, Kathy Stewart, as well as all of their families.

Darren is predeceased by his parents, Ronald and Dorothy Roper.