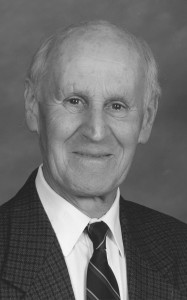 “Now cracks a noble heart”. Dr. John Bernard Stillwell, who died peacefully in his 87th year on July 10, 2015, was a man of compassion, many interests, and great determination, beloved by his family, friends and the patients he served for over forty years.

Bernard was born on the 31st of March, 1929 near Leeds, Yorkshire, England. He was educated at Bristol Grammar Prep School and Queen Elizabeth’s Grammar School, Hertfortshire. Captivated by the ocean from a young age, he spent two and a half years serving with 45 Commando Royal Marines in Malta, Palestine, North Africa and Jordan. The allure of exploring new places and ideas never left him.

Following his National Service, he qualified as a doctor, studying first at Queen Mary College, University of London, and then at the Royal London Hospital, Whitechapel. It was here that he met his wife-to-be, Frances, a midwife and nurse. Bernard loved to tell the story of how he met her while delivering a baby under her watchful gaze. They were married in 1956.

In March 1959, with their eldest daughter, the young family immigrated to Canada, sailing across the Atlantic Ocean to Halifax. From Halifax they journeyed westward by train, finally crossing the snow-covered prairies to Alberta. Bernard practised medicine first in Coaldale before moving to the Campbell Clinic in Lethbridge in 1961, where he remained until his retirement in 1995. Throughout his forty years of practice, he was trusted by his patients and respected by his colleagues. When speaking of his vocation, he always referred to ‘looking after’ and ‘taking care’ of people.

Bernard’s interests took him on many journeys, inward and outward. A man of perpetual curiosity, he enjoyed photography, cross country skiing, reading, poetry,swimming, and sailing at St Mary’s Sailing Club, where the family were longtime members. He loved experiencing new places with Frances, with whom he enjoyed several wonderful trips abroad. He was also a longstanding member of St. Augustine’s Anglican Church, where he served two terms on vestry and was involved with Stephen Ministry.

Bernard was the dearly beloved husband of Frances, father and father-in-law to Alison and husband Greg Wirch, Elizabeth and husband David Stewart, Andrew and his wife Denise, and Vivian and her husband Rick Torres, as well as to adopted daughter Hazel and her husband Davidson, living in Dominica, West Indies. His grandchildren include Laura (and husband Andrew Gillott), Julia, Greg, Claire, Sophie, Liam, Aidan, Tourné, Eliska (and husband Shawn), as well as great grandchildren Julien and Kilani.

Bernard was predeceased by his parents Alfred and Edith, and older sister Joan.

One Condolence for “STILLWELL Bernard”

Leave a Condolence for Liz Stewart