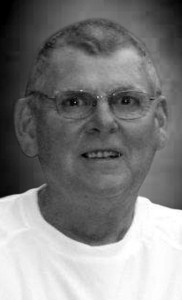 ROSS THOMAS EVES, beloved husband of Florence “Bunny” Eves of Milk River, Alberta, passed away at the Milk River Health Center, on Thursday, July 16, 2015 at the age of 73 years.

He was predeceased by his son Don Eves, brother-in-law Russ Erickson and parents, Beulah Eves and Douglas Eves.

Ross grew up and attended school in Milk River, Alberta. His work took him to many locations throughout Alberta, finally settling in Kelowna, B.C. for 20 years as a compressor technician. His retirement brought him back to Milk River, where he resided in his family home and was reacquainted with old friends and family. In his retirement Ross enjoyed camping, golfing, travelling and tinkering with electronics, cars and old clocks. Ross treasured all family get-togethers and was especially excited about the birth of his great grandson. Ross was a very caring and loving man who will be missed by all who knew him.

Relatives and friends are invited to attend a Graveside Service that will be held at the MILK RIVER CEMETERY, Milk River, Alberta, on Monday, July 20th, 2015 at 2:00 P.M.

One Condolence for “EVES Ross”