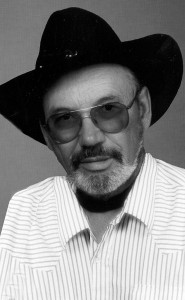 RONALD NORBERT PITTMAN, beloved husband of De Etta Pittman of Picture Butte, passed away at the Chinook Regional Hospital on Sunday, July 19, 2015 at the age of 78 years.

Along with farming he always had his livestock including purebred Black Angus & Commercial Cattle, sheep, pigs, turkeys (his favorite haha) and his favorite horses including Lady. He was on the school board at Blueberry Mountain and had operated a Grain Elevator in Taber & Cranford. He always had a story to tell!

He married De Etta Bixby on July 1, 1961 and they had two children, son Logan (Donna) Pittman, their children Connor and Jillian; daughter Nola (Doug Kast) and their children Keylee and Kyle.

He is survived by three brothers; Gerry (Sally) Pittman, Dave (Joan) Pittman and Gord (Jane) Pittman, as well as his brother-in-law Layne (Gail) Bixby and numerous nieces and nephews.