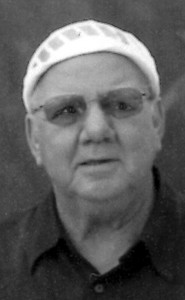 WILFRED JOHN MARTIN, beloved husband of Iva, of Lethbridge, passed away at the St. Michael’s Health Centre, Palliative Care Unit, on Thursday, July 23, 2015 at the age of 65 years.

He was predeceased by his mother Vera Viola Maracle, sisters Evelyn, Sharon, Faye and Marlene and one brother in law Calvin Hill.

Willie, known by his family as “Junior”, played guitar for many years, especially Country Gospel. He made many friends during his time at Bridge City and would do anything for his family. Willie had a great sense of humor, always making jokes with everyone. He also had a great interest in old cars; his pride and joy was his 1952 Plymouth, entering it in many car shows. Willie was a big Calgary Flames and Stampeders fan. His personality allowed him to make friends where ever he went.

He will be greatly missed by his family.

Relatives and Friends are invited to pay their respects and meet the family at CORNERSTONE FUNERAL HOME, 2800 Mayor Magrath Drive South, Lethbridge, AB on Sunday, July 26, 2015 from 4:00 P.M. to 6:00 P.M.

A Funeral Service will be held at CORNERSTONE FUNERAL HOME on Monday, July 27, 2015 at 2:00 P.M. with Pastor Dave Acree officiating.

In memory of Willie, memorial donations may be made to the Canadian Cancer Society, 317-10th Street South, Lethbridge, AB T1J 2M7.