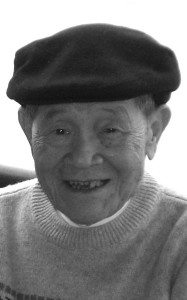 Mr. Geng Pei Feng passed away peacefully at the Lethbridge Regional hospital on Tuesday July 28, 2015 at the age of 94 years.

Geng Pei was born Sha Ping He Shan Guang Dong May 27, 1921. During Geng Pei working life he was worked in Hong Kong, Macau, and Guangzhou. On October 15, 1949 he married Zhu Lu and, they raised 5 children. He was devoted to his family. In 1991 he came to Canada to join his younger daughter Jane. He enjoyed his retirement years and he loves to play Mahjong with friends.