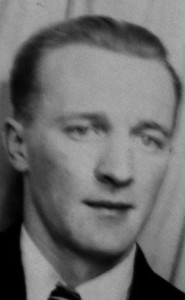 Ron grew up in Lethbridge, Alberta. Ron joined the Navy as a teenager and while on leave, he met his beautiful wife, Barbara (Coutts), of Edmonton, Alberta.

Ronald was a long term employee of Imperial Oil at the Strathcona Refinery until he retired as a Process Supervisor. On temporary leave for one year he also worked for Standard Oil in Catania, Sicily to help complete the construction of their oil refinery, living la dolce vita. An avid slow pitch player for many years, Ron enjoyed the game and comradery of his fellow players. He was a wonderful father, husband, and loved to spoil his grandchildren. He and Barbara also liked to trip the light fantastic on the dance floor which they did every Friday night for many years at the Royal Canadian Legion, of which he was a faithful member.

Ronald spent his last five years at Laurier House in Sherwood Park, Alberta, and the family thanks all of the staff for their fine and gentle care of him.

There will be a Sharing of Memories and Celebration of Life at Laurier House, Capital Care Strathcona County, 12 Brower Drive, Sherwood Park, Alberta, August 8, 2015 at 2:00 p.m. Condolences can be sent to inmemoryronmellor@gmail.com.