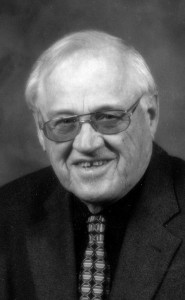 JACOB REIMER, of Coaldale, AB, beloved husband of the late Magdalene Reimer, passed away peacefully at Sunny South Lodge on Wednesday, August 5, 2015 at the age of 84 years.

He leaves to mourn his four children; Doreen (Len) Wedel, Mel (Charlene) Reimer, Leona (Brent) Brodoway and Harv (Gwen) Reimer, as well as six grandchildren. He was predeceased by his wife Maggie in 2000. He is also survived by his three brothers and one sister as well as numerous other family members and friends.

Jacob was born on September 2, 1930 in Starbuck, Manitoba to Jacob and Anna Reimer. At a young age he moved together with his family to Coaldale, Alberta and lived in this community until his passing.

He was married to Magdalene Dick in 1956 and together they farmed and raised 4 children. He enjoyed music, serving in the church and spending time with family and friends.

Jacob will be deeply missed by all those who knew him.

Relatives and friends are invited to pay their respects to the family at CORNERSTONE FUNERAL HOME, 2800 Mayor Magrath Drive South, Lethbridge, AB on Friday, August 7, 2015 from 7:00 to 9:00 P.M.

A Private Family Interment will be held prior to the Memorial Service at the Coaldale Mennonite Cemetery.

Donations may be made in lieu of flowers and in memory of Jacob, to The Gideon’s International In Canada, P..O. Box 3619, Guelph, ON. N1H 7A2 or to the Mennonite Central Committee, c/o MCC Thrift Store, 1117-2A Avenue North, Lethbridge, AB., T1H 0E6.

One Condolence for “REIMER Jacob”