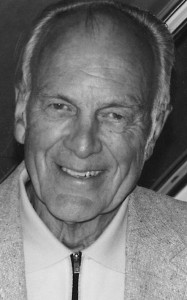 Robin Caruth (Bob) Harrison “Maintiens le Droit” and he did with exemplary service to the RCMP for 23 years. Upon retirement from the RCMP, Bob taught at Lethbridge Community College for 21 years and served on the Driver Control Board for 12 years.

Bob was born in Kelowna and received his schooling in Victoria before joining the force in 1948. All of his service was in Saskatchewan with the exception of time spent on the Musical Ride. Bob retired as NCO of Depot Division in Regina. After joining the Lethbridge Community College in 1972, Bob took a sabbatical and earned his MA and BSc degrees in Criminal Justice at the age of 55.

At his request, Bob will be honoured at a private graveside ceremony surrounded by his immediate family at a later date.