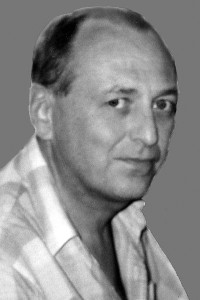 DOUGLAS L. WALL, 60 years old, passed away after a short bout with cancer on August 8, 2015 at Chinook Regional Hospital in Lethbridge. He is the beloved son of Mel and Lola Wall.

Doug was born in Taber, and lived there until he was 13, then the family moved to Lethbridge. He spent his life doing what made him happy, helping other people. His family would often find out about his anonymous deeds later on from strangers, neighbours or relatives.

He had many jobs, but most of the time he was a Chef, and continued to love to cook for others from his home. Though he seemed crusty on the outside, he was very sensitive and felt others’ pain strongly. He lived a good moral life and disliked hypocrites. He believed in God and knew where he would be going. He loved nature more than anything. He spent 11 years taking pictures of medicinal plants throughout 3 provinces, to put into his encyclopedia of natural remedies. He also collected unique rocks.

He will be greatly missed by his mother, Lola and siblings, Linda Harvey in Calgary, Don Wall (Huguette) in Vancouver and Sheila Wall in Lethbridge. He was predeceased by his father, Mel.

Doug requested that there be no funeral.