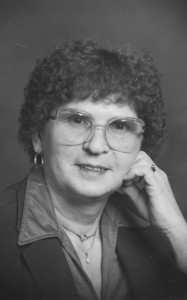 Thelma Darago born on July 7,1920 passed away peacefully at the Inglewood Care Centre in West Vancouver, BC on August 11, 2015 at the age of 95. As a loving mother she is survived by two daughters, Eleanor Nyaradi (Bill – deceased) of Calgary and Priscilla Kyllo (Steve) North Vancouver, BC, son Robert Koleszar (Maria) of Penticton, BC., siblings Irene Seline of Vancouver, Emma Suge of Taber, Alberta and Billy Gorko of Northern BC as well as six grandchildren and eight great grandchildren. We wish to thank Dr Caroline Gilbert and the staff at Inglewood Lodge for their care and comfort during her final days.