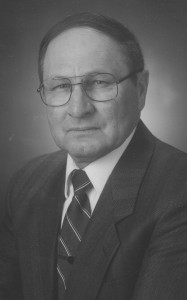 Our Dad, Grandpa, Uncle, friend DAN KOLASKO, formerly of Del Bonita Alberta passed away at St. Michael’s Palliative Care Unit on August 19, 2015 after struggling with cancer at the age of 80 years. Dan is survived by two sons, Danny Kolasko and wife Virginia of Vernon B.C. and Andrew Kolasko and sweetheart Renae Peterson of Lethbridge Alberta, and nephew Matt Gillin who was like a son to him. He also leaves his grandchildren: Adam, Kyle, Daniel, Kennedy, Steven, Samara, Samantha and Alexandra and his great-granddaughter Presley.

He was predeceased by the mother of his children Joan Ann Koshman.

Dan was born and raised on a farm in Del Bonita. He was the youngest of three children. When he was 17 he moved to enroll in the Vermillion School of Agricultural and received his Agricultural Diploma in the spring of 1954. In 1960, after 6 and half years of surveying in Lethbridge, Dan came back to his roots and began working his own farm in Del Bonita, where he lived up until 2 years ago, moving to Lethbridge to be closer for medical attention.

Dan loved his family and enjoyed visiting with them. Dan was a conscientious father and grandfather who never forgot a birthday. He was an excellent example of what it meant to work hard and do what had to be done.

A special thank you to all the nursing staff and physicians involved in the care of Dan, it is greatly appreciated.

A Funeral Service will be held at MARTIN BROTHERS RIVERVIEW CHAPEL – 610 4TH Street South Lethbridge Alberta on Monday, August 24th, 2015 at 11:00am. Interment to follow at Mountain View Cemetery.