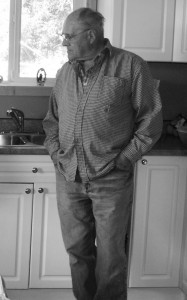 Ted was born on May 24th, 1936 in Pincher Creek, Alberta to Leon and Teresa LeBel. He was raised on the family farm on the Crook Road south of Pincher Creek. He attended St. Michaels Roman Catholic School in Pincher Creek. In the early 1950’s he left school to work on the family farm. When Ted wasn’t working the family farm, any spare time he could find was spent hunting and fishing in the foothills and rocky mountains South of Pincher Creek. In May of 1958 he married Darlene Marie Callaghan, Ted and Darlene spent the 1960’s and 1970’s raising their family in the West Kootneys of B.C. and Southern Alberta. In 2004 Ted retired with his wife Darlene of 57 years to the foothills of Southern Alberta. Ted was never content to sit still. He headed the building of the family cabin at Lee Lake. Ted enjoyed being involved with several community groups.

Ted was a devout Man, who committed 2 years of intense study in order to become a professed member of the religious order of the Secular Franciscans.

Ted was pre-deceased by his son, Stanley Keith, and his brother Lionel and his parents Leon and Theresa LeBel

A Funeral Mass will be celebrated at 1:00pm, on Saturday, August 29, 2015, at ST. MICHAEL’S CATHOLIC CHURCH, with Father Silvano Vargas celebrant.