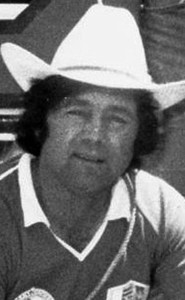 MERLIN DELOY ROAN of Lethbridge passed away at the Chinook Regional Hospital, on Thursday, August 27, 2015 at the age of 68 years.

Merlin was predeceased by his parents along with his brother and best friend, Doug Roan.

Merlin was born in Lethbridge, Alberta on November 2, 1946 to his parents Jerome and Margaret Roan. He was a hardworking man, growing up working with his brother Doug, for their father Jerome. He built a hugely successful haying business, Roan Transport (Hay) Ltd. which started in 1971 and ran until his health could not keep up with it anymore. During that period Merlin owned five Peterbuilt Trucks at one time, which he loved. He had a real knack for buying and selling heavy equipment which he had a lot of fun doing and had a lot of success with. Merlin was a colourful character who had the charm that could melt the butter right off of your tongue. He spent time on the rodeo circuit and was quite the calf roper and team roper, owning the famous Champion Calf Roping Horse, Leo. Merlin loved to travel; Las Vegas was one of his favorite destinations. He purchased a Bounder motor home and spent the last few years of his life travelling in it, with Great Falls being one of his preferred stops. In 2004 Merlin began his courageous battle with cancer and because of his super-human like strength; he lived for five to ten years longer than ever expected. During his hard fought battle, Merlin learned to appreciate life and became one of the kindest, gentlest men you could have ever known. Merlin did everything in life that he had ever wanted to do, with one of his only regrets being that he was not closer to his children and grandchildren.

Much love and thanks to Dr. Aaron Coma who went above and beyond the call of duty to ensure that Merlin had the best care possible.

To respect Merlin’s wishes, there will not be a funeral or memorial service held; please raise your glass and give a toast to Merlin and say your goodbyes in your own way.

Leave a Condolence for Roy and Mable Johnson