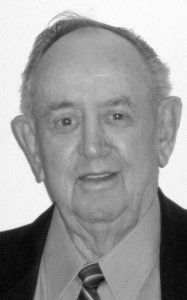 He is survived by Gail, his loving wife of 46 years, and son Edward (Adam) Sarka of Dartmouth, Nova Scotia as well as sisters Ardis Branch of Picture Butte and Karen Heninger of Stirling, Gail’s family and numerous cousins, nieces and nephews. Gerald was predeceased by his mother Sarah and step father Chester Sarka and brothers in law, Howard Branch and Bill Heninger.

Gerald was raised in Picture Butte and after trying several careers, became a journeyman plumber and gasfitter, retiring from his business, Sark’s Plumbing, in 1992. He loved sports and in his early years, he played baseball and hockey, won the Golden Gloves in his weight class in boxing, and was well known in local horse racing circles as a Jockey throughout the 1960’s. By far, his favorite sport was golf and he spent the last year yearning to play “just 9 more holes”.

The family wishes to thank Dr. M. Amatto, Dr. A Shukkoor and the wonderful staff of both the Jack Ady Cancer Centre and St. Michael’s Palliative Care Centre for taking such good care of Gerald during his illness.

In lieu of flowers, donations may be made to the St. Michael’s Foundation, Palliative Care, at 1400 – 9 Avenue South, Lethbridge, AB T1J 4V5.