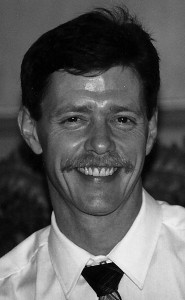 KEVIN WAYNE JOHNSTON of Lethbridge, Alberta passed away peacefully at the Chinook Regional Hospital at the age of 56 years old on Wednesday, September 2, 2015. Kevin was born on December 8, 1958 to Harold James Johnston and Joyce Ella (Hill) Johnston in the town of Coronation, Alberta. He grew up to be a very social and active young man. He loved music and taught himself how to play the guitar and harmonica. Kevin appreciated art and was a talented artist. In 1976, Kevin joined The Canadian Armed Forces in which he received an honorable discharge. He spent most of his career working in the Coal Mine Industry operating Heavy Duty Equipment in which he took great pride. Left to celebrate his life are his soulmate, Linda Bourne of Lethbridge; his children, James Marten Johnston of Calgary and William Wayne Johnston of Caroline; his children’s mother, Geana (Gerstner) Johnston; Kevin’s mother, Joyce (Russell) Montalbetti of Blairmore; his sister-in-law, Kris Johnston of Coleman; his sisters: Deborah (Gary) Frederickson of Lethbridge, and Lori (Brian) Ogertschnig of Lethbridge; his step-sisters: Cindy (Martin) Siegien; of Cabo San Lucas; Cathy (Blair) Painter of Blairmore; and step-brother Donald (Lori) Montalbetti of Blairmore and numerous nieces and nephews. He is predeceased by his father Harold James Johnston (1987), his brother Darrel James Johnston (2009); his grandparents: James Johnston and Nettie (Renshaw) Johnston and Burdett and Ermon (Lee) Hill. A private family service will be held at a later date.

One Condolence for “JOHNSTON Kevin”