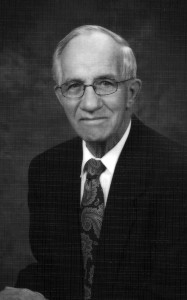 Henry Peter Dueck passed away suddenly into the presence of the Lord at his home on Saturday September 5, 2015.

His love for the Lord was demonstrated in his prayers for and service to people and his love for family. He enjoyed music and loved singing in Vox Musica, choirs and quartets. Henry and Mary loved to go camping and traveling. His passion was restoring old vehicles and equipment to their original glory. Henry was also a volunteer with organizations such as The Alberta Vegetable Grower’s Marketing Board, The Gleaners and The Gideons.

Relatives and friends are invited to the viewing on Friday September 11th, 2015, from 7:00pm to 8:00pm at MARTIN BROTHERS RIVERVIEW CHAPEL, 610 – 4th Street S., Lethbridge, Alberta.

On September 12, 2015 a committal service will be held at the Coaldale Cemetery at 10:00am, with the Memorial Service to follow at Coaldale Mennonite Brethren Church, 2114 – 18th Street, Coaldale, Alberta at 11:00am.