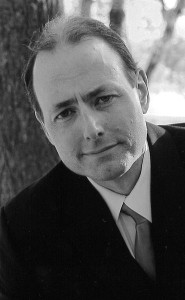 DAVID ALLAN KISTNER, of Lethbridge, beloved husband of Terri Kistner, passed away at the Chinook Regional Hospital, on Monday, September 7th, 2015 at the age of 45 years.

He is also lovingly remembered by his children, Shayla Kistner and James Beasley, mother Judy Kistner of Vernon, B.C., sister Julia Kistner (Chris) of Edmonton, AB., his special aunt Sandy Clay of Lethbridge as well as many aunts, uncles and cousins.

David was predeceased by his grandparents Florence and Emil Fix and uncle Tom Fix.

David fought a hard battle with cancer. He is now at peace and is free of pain. He was a loving husband, son, father and brother. He will always be missed and never forgotten.

In memory of David and in lieu of flowers, donations may be made to the Canadian Cancer Society, 317 – 10 Street South, Lethbridge, AB, T1J 2M7