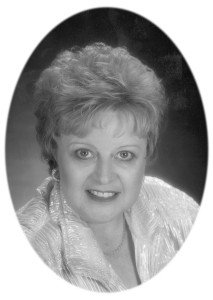 SHIELA DIANE ANDERSON passed away at the St. Michaels Health Centre – Palliative Care Unit on Sunday, September 13th, 2015 at the age of 61 years.

She is lovingly remembered by her siblings Terry Anderson and Ronald Anderson, nephew, Steven (Becky) Hochstein and their daughter Zoey all of Lethbridge, as well as cousins Dorothy Price of Castlegar, B.C., Debra (Travis) Cound and their children Megan & Mason of Lethbridge.

Shiela was born July 5th, 1954 in Lethbridge, Alberta, where she was raised and educated. At an early age Shiela was diagnosed with M.S. She never let the disease slow her down as she was very active as a volunteer. She helped the M.S. Society, Cancer Society, Heart & Stroke, SACLA, Kidney Foundation, Humane Society, The Crisis Line & many other numerous agencies. She won the volunteer of the year award several times. Shiela was a fun loving person who was affectionately called “Brat”. She loved to travel and play bingo. Her favorite computer game was Bejeweled, of which she played for hours. She was a proud member of the Red Hat Society. Shiela will be sadly missed by family and many friends.

In memory of Shiela, donations can be made to the Multiple Sclerosis Society of Canada: 724 13 St N, Lethbridge, AB T1H 2T1.