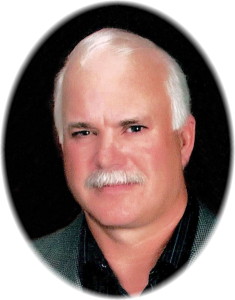 Cody Merlin Nelson, beloved father, husband, son, brother, uncle, nephew, grandpa and friend, passed away peacefully at the Foothills Hospital in Calgary, Alberta on September 10 at the age of 53 after suffering a severe stroke.

Cody was born in Vulcan, Alberta and resided in Champion, Alberta for his entire life. He worked as a truck driver and had a passion for automobiles and motorcycles. He enjoyed watching numerous sporting events including hockey and baseball and took pride in watching his children perform their various activities.

Cody had a strong commitment to his family and truly treasured his time with family and friends. Although he is no longer with us, his memory and love will last forever in the hearts of all who knew him.

A celebration of Cody’s life will be held on Saturday, September 19, 2015 at 1:30 pm at the Champion Community Hall in Champion, Alberta. Pastor David Skinner will be officiating.

If desired, in memory of Cody, memorial donations may be made to the Vulcan County Kidsport Foundation, Box 360, Vulcan, AB T0L 2B0.